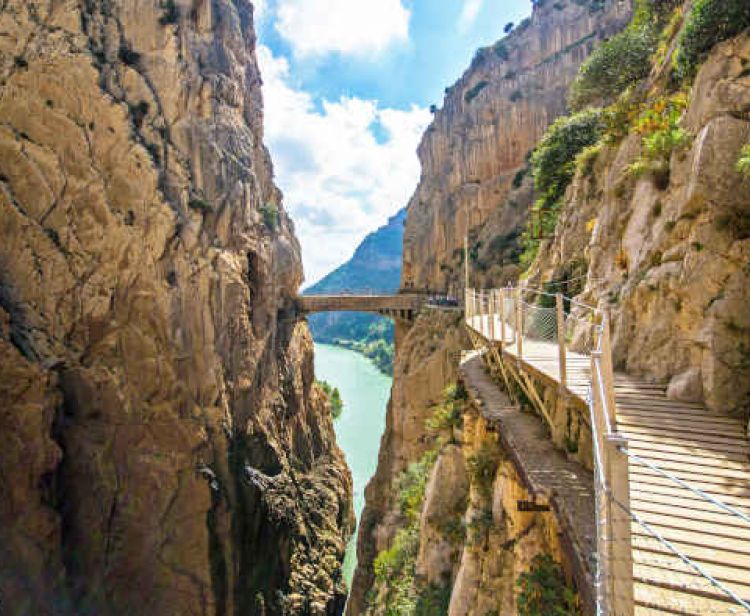 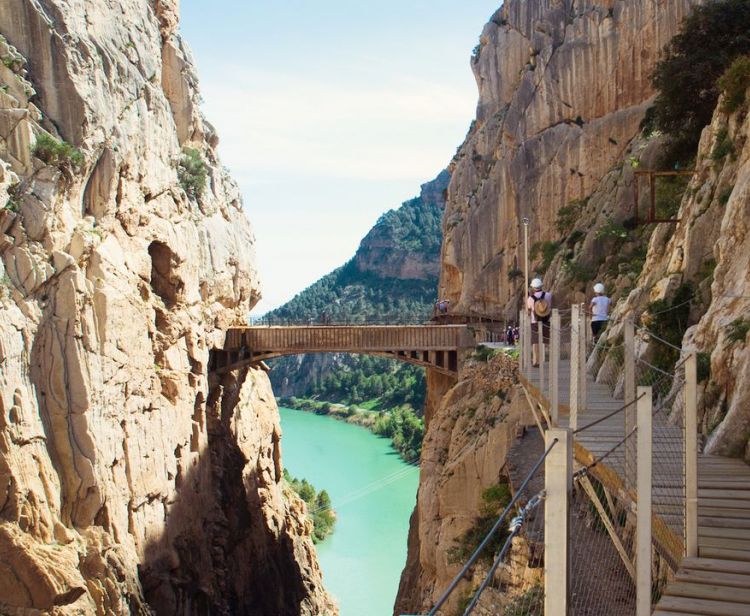 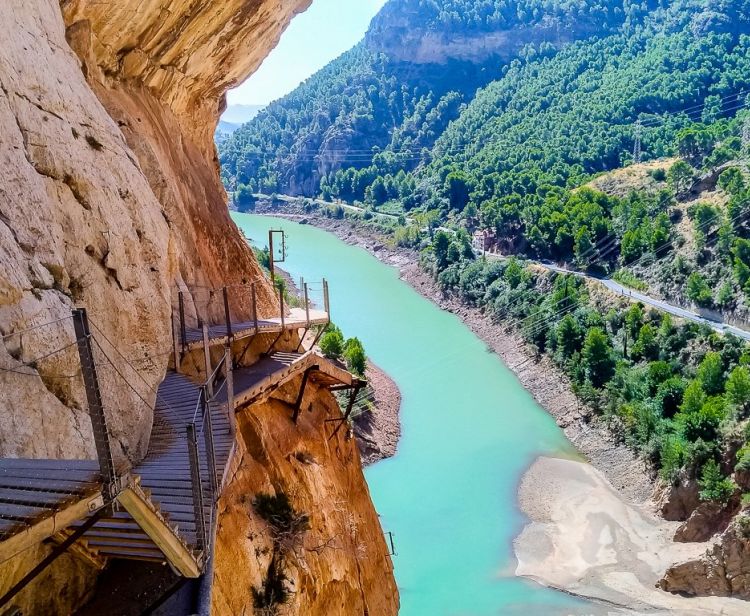 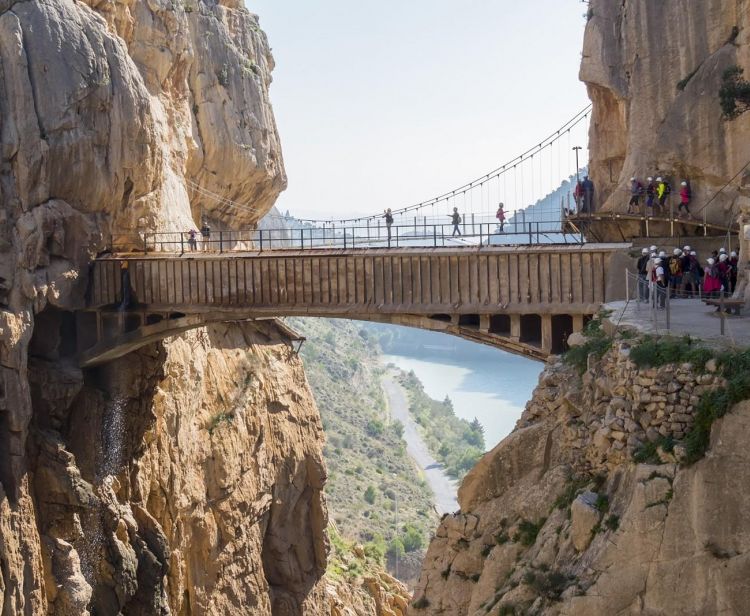 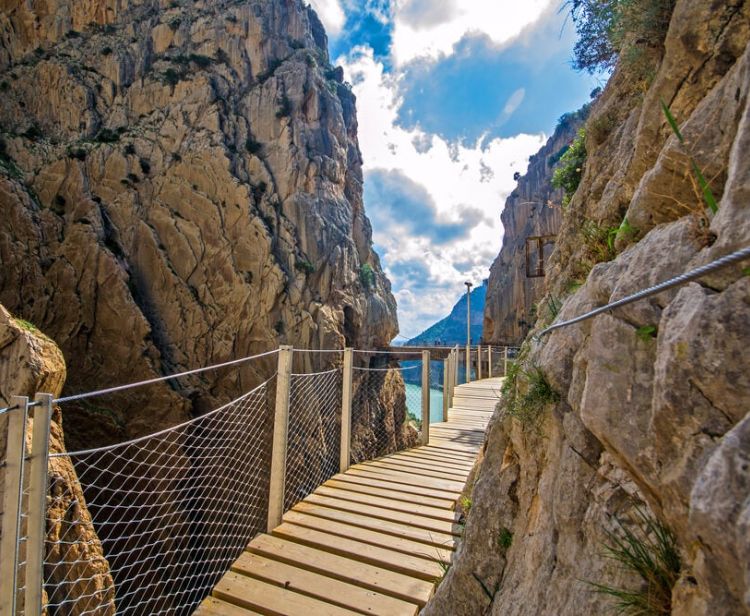 A walk along the famous El Caminito del Rey path. The route runs between the Guadalhorce-Guadalteba reservoir and the village of El Chorro. A walk parallel to the railway tracks where you can go through the gorges of Los Gaitanes and El Gaitanejo. Its origin dates back to 1921 when King Alfonso XII, after the inauguration of the Conde de Guadalhorce dam, crossed the path previously built. From that moment on it began to be called Caminito del Rey. After several years of disuse and deterioration due to lack of maintenance and control it became the most dangerous path in Europe causing numerous victims. In March 2015 it was reconditioned and opened to the public with a route of 7 kms without any risk for visitors.

Located two hours from Seville, in this activity we will leave in a group to reach the entrance located near the town of Ardales in Malaga. After the 7 kms route and about two and a half hours we will have some free time to have lunch in the area, before returning to Seville in the afternoon after enjoying this great experience.

At the door of your accommodation or nearby.

At the door of your accommodation or nearby.