Visiting the Alcazar of Seville is a must if you want to know the history of this city. A magical space that will leave you amazed. In this article, we tell you which areas of the Alcazar you should not miss, some recommendations and our guided tours.

The Real Alcazar of Sevilla

The Real Alcazar of Seville is one of the oldest royal palaces in use worldwide. I was built on ancient Visigothic and Roman buildings. On top of that, it was declared a World Heritage Site by UNESCO in 1987.

Is considered one of the most visited monuments in Seville and an essential visit, with which to learn all the history of the Andalusian capital. A palace in which cultures, arts and styles are mixed. Culminating with wonderful gardens to stroll through, in the heart of Seville.

The Alcazar is a magnificent work of art, where different cultures coexist: Muslim, Mudejar, Gothic, Renaissance, Baroque and Romantic. A palace with centuries of history and legends, full of secret corners and charm to discover. 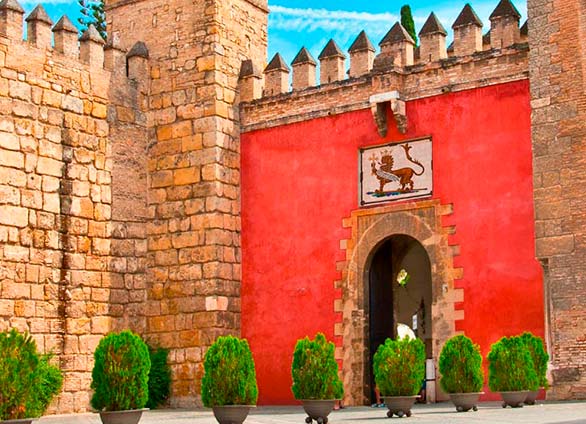 What to see in the Real Alcazar of Seville

The Real Alcazar of Seville was originally a Muslim defensive fortress and over time it was transformed into a palace with gardens. These are some of the areas that, in our opinion, you cannot miss on your visit to the Alcazar of Seville.

Named after the main material used, the area of the Real Alcazar of Seville best represents the essence of the Almohad period. Its courtyard stands out for its three-module Almohad portico, with its central scalloped arch, lobed sides and profuse geometric and naturalistic decoration. 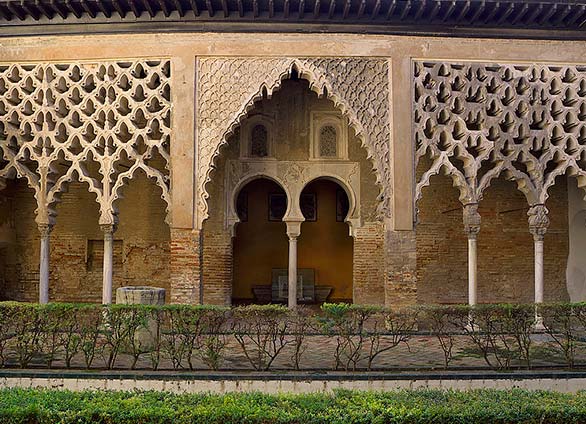 Stays related to the management of trade with America. A historical jewel of Spain. Currently, only a few rooms are still standing, such as the Admiral's Room or Hall, now used as an auditorium and originally the Admiralty Court Room, where you can see various paintings of the nineteenth and twentieth century. 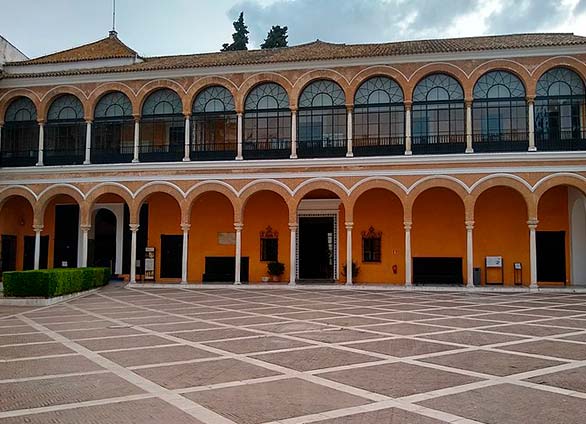 Sumptuous halls with Andalusian decoration. Known as the Palace of Pedro I, the king who ordered its construction in the 14th century. It is considered one of the masterpieces of the Mudejar style. It is a cultural hybrid with Arab decorations and messages combined with Christian elements and motifs, typical of a time of transition of reconquered lands. The façade was elaborated by the best local craftsmen of Muslim influence, with the aim of recreating a mixed style. 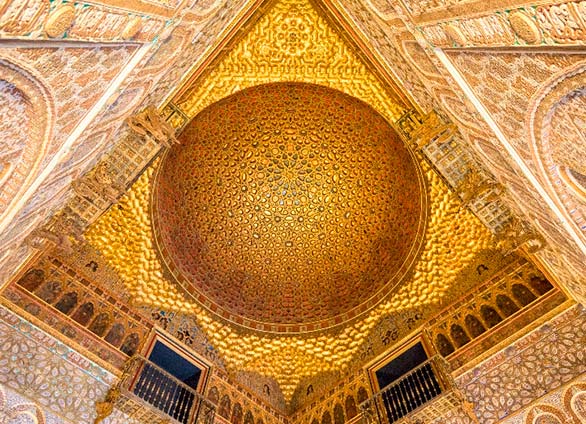 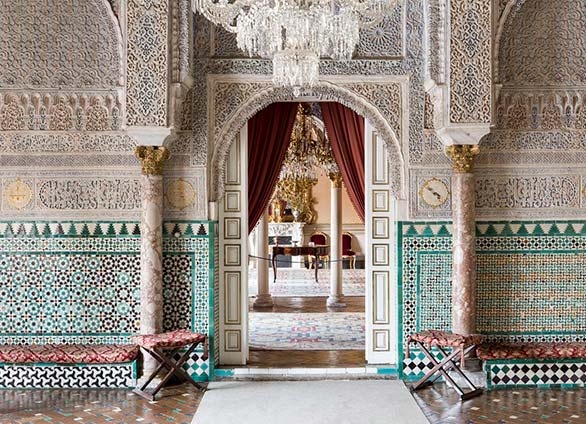 Recommendations for visiting the Alcazar

Tickets: The main recommendation we make is that you buy the tickets online, nominative and with a fixed schedule and if possible ticket without queue, this way you will not have to wait in long lines in the sun. If you want to know more about the Alcazar of Seville tickets, we recommend you to read our news "Alcazares Seville Tickets - Schedules, prices and guided tour". You cannot leave the Alcazar and re-enter with the same ticket.

Time of the visit: Visiting the Alcazar of Seville will take you at least 2 hours, although it is advisable to reserve about 3 hours to visit all its parts at your leisure.

When to go: It is best to go early in the morning to avoid queues. They are very frequent and almost inevitable. As they open at 9:30, it is best to be there 30 minutes before and with the tickets already purchased online.

Guided Visits to the Alcazar of Seville

In Pancho Tours, we have guided tours of all styles and for all budgets. Here we leave you the most requested guided tours, but if you want to see all the options we offer, you can do it in our category Visit to the Alcazar.

Guided tour with entrance tickets to the Alcazar of Seville

We offer you a guided tour inside the oldest Royal Palace in use in Europe: the Real Alcazar of Seville.

These are the services included in our guided tour to the Real Alcazar of Seville:

Visit the Alcazar of Seville with a very small group and enjoy a personalized experience. In this VIP tour, we will visit all its corners and leave no detail undiscovered. The visit will reach the gardens, where you will be able to enjoy free time to walk around them.

These are the services included in our VIP tour to the Alcazar of Seville:

Official private tour of the Alcazar of Seville Book at the same time the skip-the-line Alcazar guided tour and the Flamenco show and save money!

Private tour skip-the-line, includes tickets to the Alcazar and we pick you up at your hotel. Our Audioguide Alcazar Seville will surprise you. Visit the Alcázar Palace with the convenience of having it on your mobile device. With our self-guided tour of the Real Alcázar of Seville that we propose in this application. Now you are the guide. Excursion to Granada from Seville

If you are going to stay for a long period of time in the Andalusian capital, do not miss the opportunity to enjoy an excursion to Granada from Seville. A day plan that you can not miss in your itinerary. Private tours from Malaga: the best option to visit Granada

A private visit to Granada from Malaga is a perfect opportunity for any visitor or resident of the city. Malaga's location in the heart of Andalusia makes it the perfect city from which to visit Granada, Seville, and even Cordoba.