It's your time to enjoy and get to know one of the most emblematic places in Seville! Don't be satisfied with just seeing it from the outside and visit the beautiful Seville Cathedral to fall in love with its Gothic and Renaissance construction.

In this article, we will give you some tips and curiosities to visit the cathedral of Seville.

Seville is one of the most popular destinations in Spain for both domestic and foreign tourists. Throughout the year, many visitors wander its streets and decide to learn more about its monuments and regional history, but what makes Seville Cathedral such a popular destination?

Touring the Cathedral will take you a while, as inside there are many chapels to visit, architectural highlights and paintings to admire, and around every corner, there is an interesting story to discover. We would highlight five of its many cultural landmarks:

1. Of the world's largest cathedrals

Construction began in 1403 intending to make it one of the most beautiful and largest churches of the time. However, despite being 76 metres wide and 116 metres long, it was not until 1507 that it was consecrated as the largest cathedral in the world, surpassed only sometime later by the construction of St. Peter's in the Vatican.

2. The cathedral from the outside

The Gothic style of this building has plenty of art nooks and crannies in every corner. St. Michael's Gate has a representation of the Birth of Christ and beautiful sculptures of St. Laureano, St. Hermenegildo and the four evangelists. 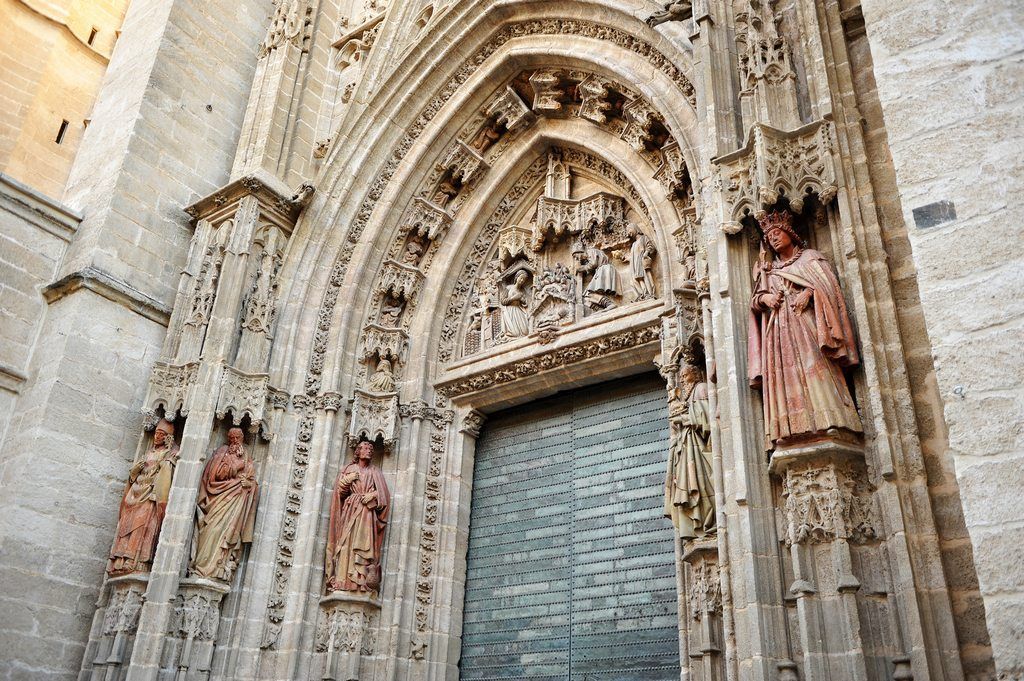 The main Assumption Gate has even more details representing all the iconography related to the Assumption of the Virgin. It is surrounded by the figures of the apostles and various saints on either side of the door, which usually remains closed. 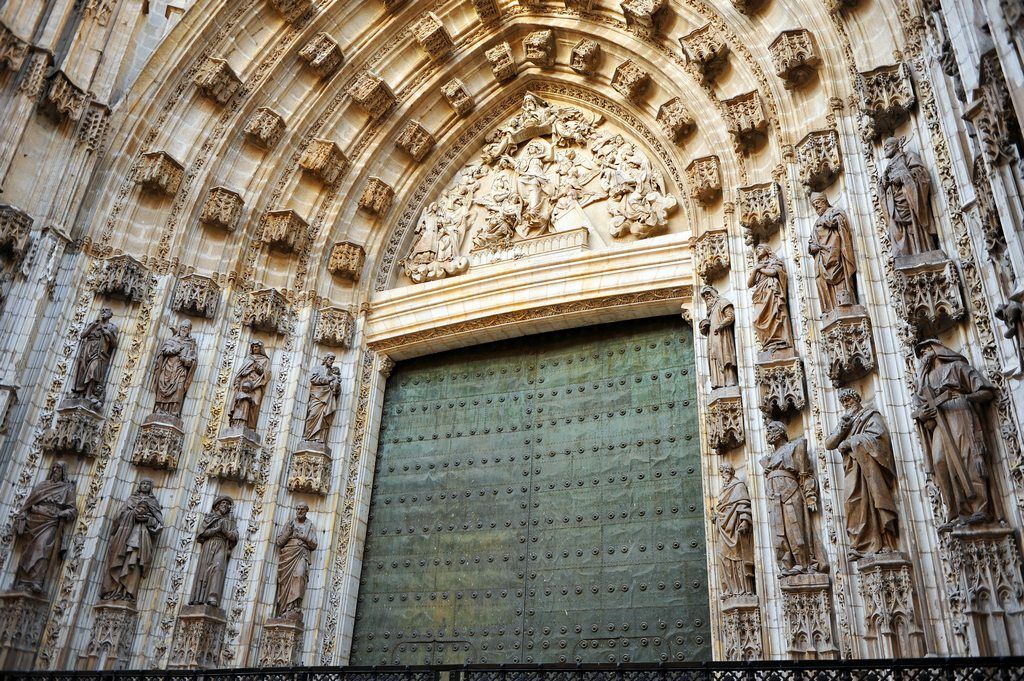 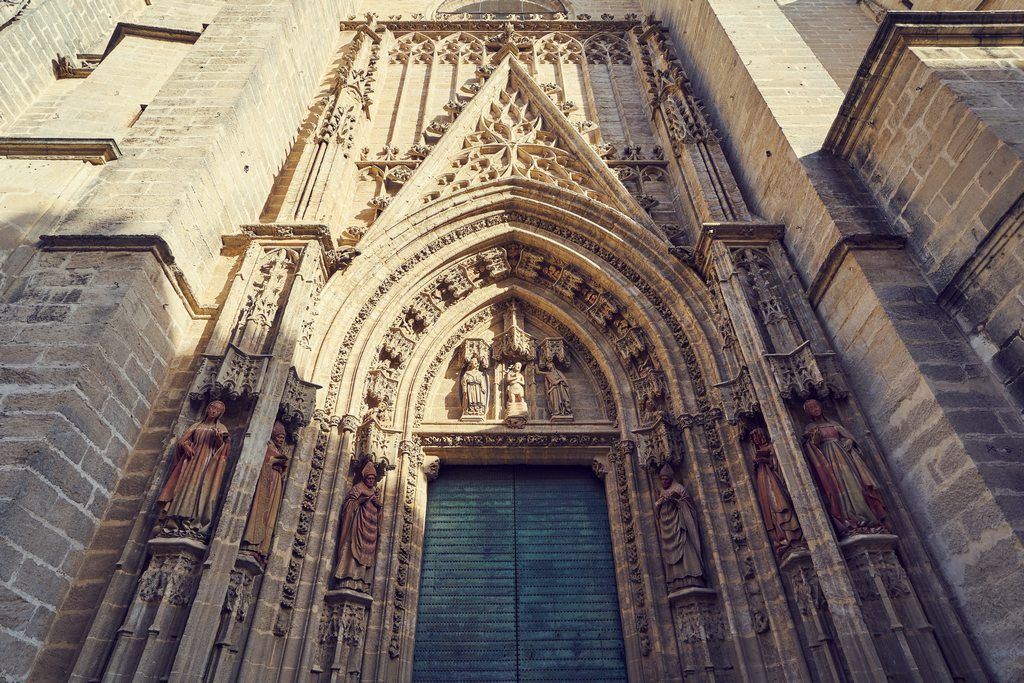 Seville Cathedral is considered one of the largest Catholic temples in the world and the largest in the Gothic style. Its aisles have paintings signed by some of the most illustrious painters of the time, such as Murillo, Zurbarán, Valdés Leal and many other Sevillian masters.

We would highlight at this point the Renaissance altarpiece of the Purification of the Virgin, which is separated by a grille from the public one in La Capilla del Mariscal, where the Santo Entierro (Holy Burial) is located. 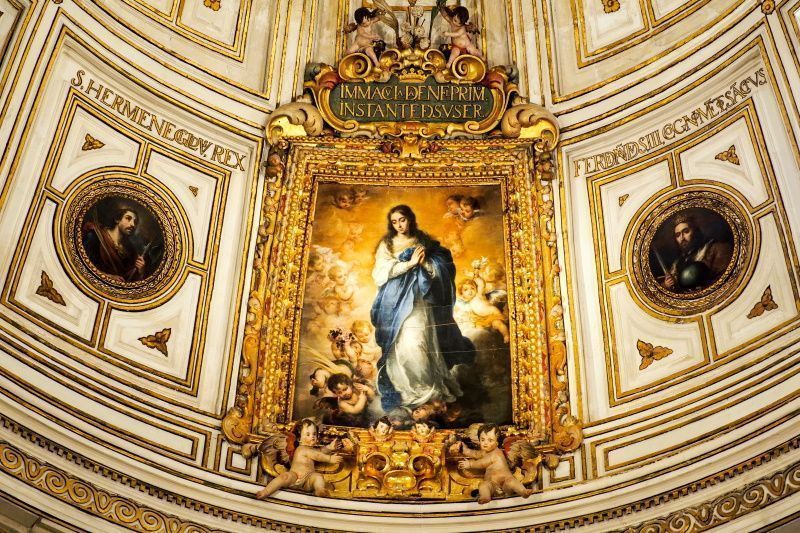 4. The tomb of Christopher Columbus

Located next to the chapel of the Virgen de la Antigua, you can see the tomb of the historic explorer of the Indies, which dates from the 19th century. The box that guards the mortal remains of Christopher Columbus is surrounded by a monument of four heralds that raise it, each one representing the four Spanish kingdoms: Castile, León, Aragon and Navarre. 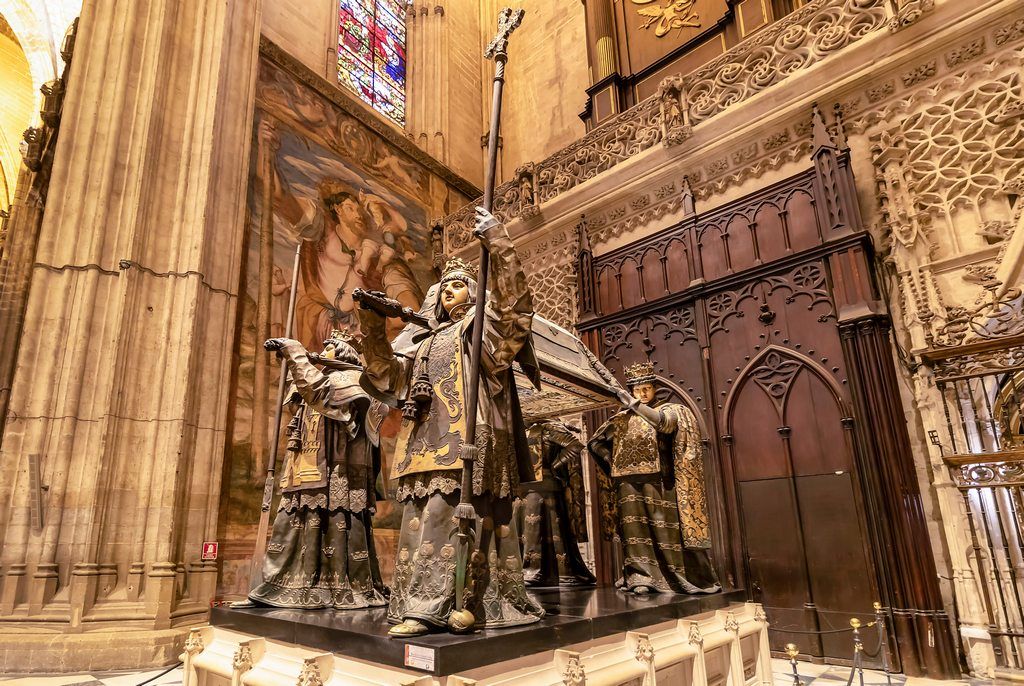 On the bench we can also find representations of Christ and St. Peter on the waters, Christ handing the keys of Heaven to St. Peter and St. Peter healing the paralytic. It is because of so many references to the saint that this chapel is named after him. 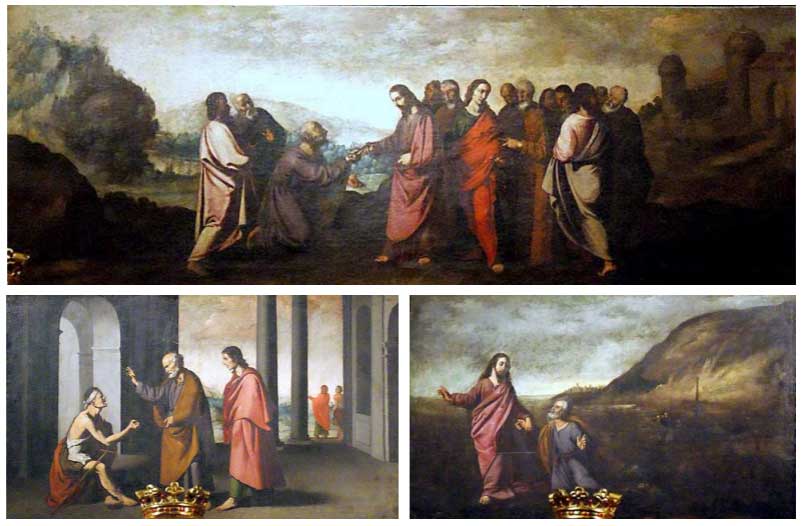 Seville is one of the most popular destinations in Spain for both domestic and foreign tourists. Now that you know some of the emblematic points of Seville Cathedral, you will understand that it is a place you should include in your next tourist visit.

Seville Cathedral includes many secrets that you can discover with a guided tour. Visit it with Pancho Tours, improve your experience and save time and money.

Tickets: We recommend you buy your tickets online, with our tickets you won't have to wait in long queues in the sun. Don't forget to take a look at the available timetables and the language in which you want this tour to be presented at this link.

Time of the visit: Visiting the Seville Cathedral will take you at least 1:15 hours, although it is advisable to allow a little more time to visit all areas of this excellent building at your leisure.

When to go: It is best to go as early as possible to avoid the high Sevillian temperatures and to avoid possible queues, which are very frequent and almost inevitable. Try to go several minutes early and with your tickets already bought online to avoid any operational delays. Tapas in Seville: Dishes you must try

Going out for tapas in Seville is one of those plans you can't miss on your itinerary. In the Andalusian capital, there are many things to enjoy such as the climate, its monuments, its traditions and above all its gastronomy. 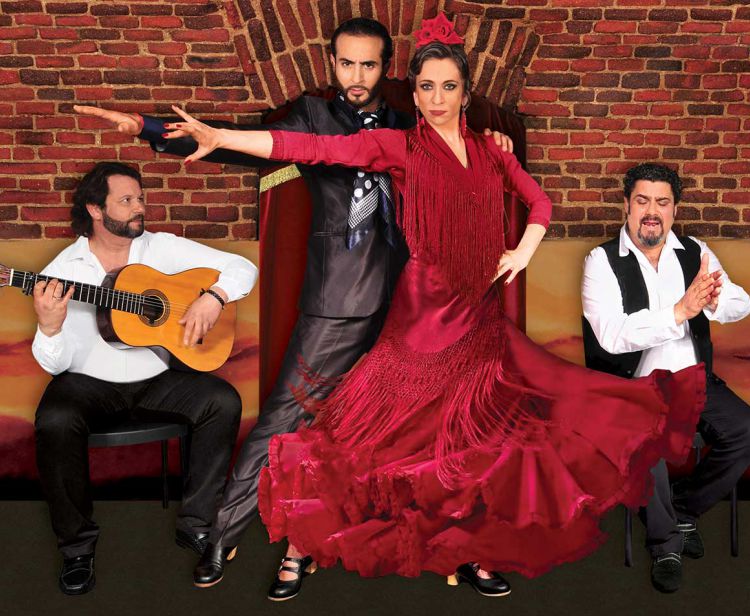